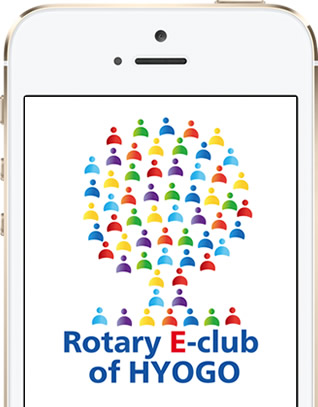 Happy Wip Day 🌈 28 August is Wear it Purple Day, a day showing LGBT+ young people that they have the right to be proud of who they are. 💜🏳️‍🌈

Rotary is proud of the work we do to promote diversity, equity and inclusion through the LGBT Rotarians and Friends Fellowship as well as activities supported by our clubs around the world. #rotaryinternational #rotaract #interact #growingrotary #serviceaboveself #therotarian #endpolio #rotaryfoundation #rotaryareasoffocus #integrity #diversity #service #leadership #fellowship #ryla #rotaryyouthexchange #rotaryopensopportunities ...

Today October 28th 2020,
I am thrilled to announce that I was officially inducted as a member of the Rotary Club of Greenwich and Rotary International.
Thank you Anna Suave and Sally Parris for inviting to be a member. I'm honored to be part of such a prestigious organization dedicated to helping local communities and communities around the World.
I am looking forward to putting philanthropic skills to work.
Thank you to all Greenwich Rotarians for the warm welcome. 🙏🙏🙏🙏 ...

At last year's 'CHANDIGARH FUTSAL CUP 1.0', bonds were formed over the ball.

The players celebrated sportsmanship as one. It was a beautiful event for inhalation of confidence and exhalation of doubt.

It is a great honor to be elected the President of...

It is a great honor to be elected the President of the Rotary Club of Dubai Cosmopolitan for this year.

#tbt A very successful annual change of board celebration and fellowship meeting of the Rotary Club of Dubai Cosmopolitan.

Warmest congratulations and best of luck to President Linda Karam for her well-deserved role.

Here's to the person, who has inspired us at ...

Here's to the person, who has inspired us at every step!
To the person who has taught us that all you need is the willingness to do things, if you and your heart have it then no one in the world can stop you from achieving your goals.
To the one who always has our back.

To the epitome of feminity, Rtr. Tanvi Pirramba! We wish you the happiest birthday. May your year be as amazing as you are.

In the Necropolis of Giza, on the outskirts of ...

In the Necropolis of Giza, on the outskirts of Cairo, Egypt, three pyramids stand out. The biggest one is the Cheops. At 139 meters high, it was completed around 2560 BC and is the oldest and only remnant of the Seven Wonders of the Ancient World.

A paraglider with the mark of Rotary overhangs the scenery, piloted by Brazilian Ricardo Mesquita Guedes.

This event took place during the Egypt Air Games 2018 in April, which brought together 50 paragliding pilots and 150 parachutists from over 20 countries. Ricardo, President of the Rotary Club of Salvador-Barra, BA (district 4550), he made disclosure flights during the intervals of the event, when he then used the specific paraglider.

In one of the landings, he was congratulated by an Irish participant: "Cool your idea, I never saw anything like it!". The man also said his father is a Rotarian.

Ricardo has dedicated himself to the sport for four years, but the strategy of promoting Rotary's public image began to be debated at the club in the middle of last year. "We had a mission to develop the public image of Rotary, but we did not know what to do, if we were going to produce hats, t shirts, banners ... Then came the idea of ​​drawing a wing with the Rotary mark because it would reach a much larger audience."

For 10 months he flies every week for the organization - "except in very windy season" -, crossing the coast from Salvador do Farol da Barra to the Lighthouse of Itapuã. "As an instrument of public image, there is nothing that compares.

What public image campaign does your club do to attract attention?

At last year's 'CHANDIGARH FUTSAL CUP 1.0', bonds were formed over the ball.

The players celebrated sportsmanship as one. It was a beautiful event for inhalation of confidence and exhalation of doubt.

How fantastic is this charm bracelet hey? 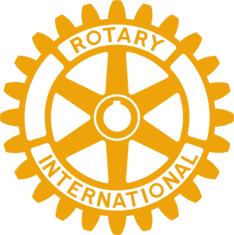